he pawn remains the most under-rated piece on the chess board. With courage and strategy it takes a perilous journey early on in the game braving valorous Knights, hard hitting Rooks, sneaky Bishops and the almighty opposition Queen. Like a diamond in the rough it treads cautiously, gliding and sliding through the whites and the blacks until it finds itself at the very end of the board — where it could become almost anything it wants, in true shape, form and power. The new King of Queens is revealed. 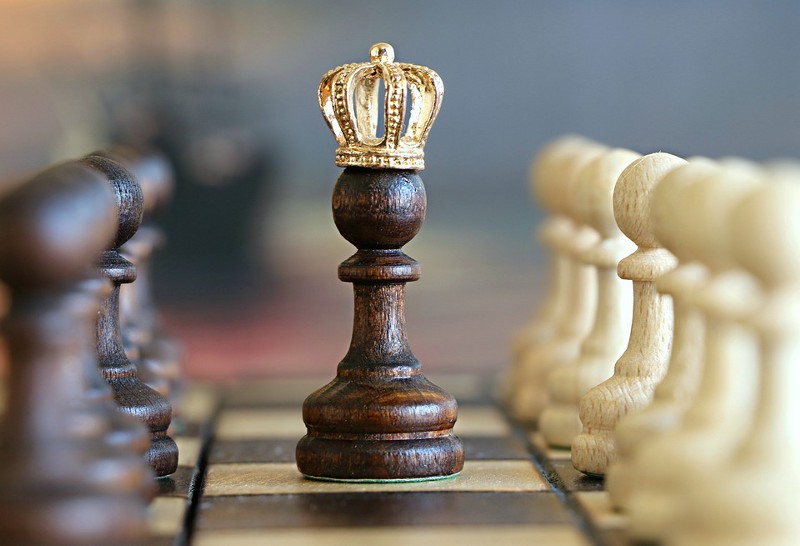 While Bitcoin remains the King of Cryptocoins — its whims and fancies have taken almost all its subjects (Alt-coins) for a ride. Yet again Bitcoin crashed and burnt in the most ominous fashion on September 05, 2018 taking down most of the main Alt-coins along with it. According to Independent.co.uk.

After weeks of steady gains, bitcoin dropped in price by more than $300 in the space of an hour on Wednesday morning, with ethereum, ripple and bitcoin cash all following its lead. By Thursday morning, bitcoin had fallen $1,000 in just 24 hours.

Other factors potentially contributing to the crash include a report that Goldman Sachs is dropping plans for a cryptocurrency trading desk.

Important personalities and institutions making positive and negative remarks are seen to greatly influence the price. This is all very good from a trading perspective. The major issue remains that it drags down the price of other coins with it. To grow beyond the shadows of bitcoin, Alt-coins need to be able to have a true and independent value.

Hellenic Node is a crypto token for a reward based distribution model running out of Patra, Greece. According to the project’s founder and CEO, Odma:

In short, my revenue model is based on ad placements and content sharing which is possible by utilizing Google Adsense as well as Facebook’s audience network. In short we operate at the moment around 40 Facebook Pages (almost 1,5 Million unique Likes) and we lead all this people to our media websites in Greece. This model has been proven to work and for this reason I would like to take it mainstream and share it with our Hellenic Node and Turtle Network community.

“We guarantee that our model provides a steady source of loyalty benefits, if you found us in hopes of getting “moons and lambos in 30 days” then this opportunity you must pass…”

The rewards to investor is proportional to the number of Hellenic Node ($HN) tokens they hold, which was sold to them at their now concluded ICO. The website also reads:

Our target is to offer this model so each member can expect a complete return on investment within 13 months or less.

While this target appears to be with respect to their ICO price, whether they meet their ambitious targets or not remains to be seen. However, there are a number of unique takeaways from this model.

Tokens with true value based on a real world use-case that can be passed back on to the investors over fixed and repeated time slots will be mainstay for a stable coin economy. A number of reward based ICO’s operating on the Black Network Turtle are expected to provide a stable and independent eco-system. Building a portfolio of reward based ICO tokens by the TN team may further strengthen $TN’s own value position and be better poised to deal with strains in the cryptocurrency markets. While Hellenic Node continues to make its baby steps and giant steps, in time a new pawn king will be born.

Disclaimer: This is not investment advice. Do your own research and validate before investing.